The historic core of the collection consists of a rich collection featuring Pope Paul III. This was originally was intended to decorate Michelangelo’s Farnese Palace in Rome

In the 1700s, this came to be supplemented by several works of art bought or sourced from closed monasteries. The Borgia collection was acquired in the 1800s and the De Ciccio collection and other important Neapolitan art works were added in the 1900s.

Charles the Third of the Bourbons commissioned the construction of the famous porcelain factory, which was inaugurated in 1739. He also commissioned the building to house the art collections his mother Elisabeth Farnese left in his possession. These identify a place where the small rural town of Capodimonte is located.

The production of porcelain ended in 1759 when the Sovereign left for Spain to install himself on the throne. However, his son Ferdinand, who moved its location and continued its operation until 1805, recovered the factory.

Work on the Palace started in 1738 and it was finished in 1838. It was later donated to the state by Savoy in 1920 and was the seat of the Dukes of Aosta until 1946. Since 1957, the interior of the Capodimonte Royal Palace has housed the Museum and the National Galleries of Capodimonte.

The completed Palace features a large park that stretches along five avenues. These depart radially from the Middle Door and cross an area of 134 hectares.

The Porcelain Factory remains, a memorial of the Palace’s past. It is now a Professional Institute of the Industry of Ceramics and Porcelain. The beautiful view of the bay from the Palace is noteworthy.

The exhibition on the main floor features the Farnese masterpieces – 231 works painted in chronological order – housed in the same location built by Bourbon Charles the Third, to accompany the furniture in the Historic Apartment, the collections of the Borgias and De Ciccio, and the Porcelain Gallery.

On the second floor, one finds the Painting Gallery of Naples featuring works from between the 13th and the 18th centuries, and the Tapestry Gallery of Avalos.

The 19th Century Gallery is on the third floor, as well as the photography collection and the main part of the contemporary art section (for which spaces on the ground floor, the second floor and outside are also reserved).

Capodimonte Museum: the pieces on the first floor

The journey begins with the works that evoke the celebration of the Farnese dynasty and of Pope Paul III. There are several pieces depicting the Pope. The painters are Titian, Raphael and Michelangelo.

It continues with the works of Titian, El Greco and Giulio Della Portache, which constitute the main body of the collection of Cardinao Alessandro, nephew of Pope Paul III.

At the centre of the floor is the Gallery of Rarities, in halls 13 and 14. It hosts the precious Farnese Chest made of gilded silver, commissioned for Cardinal Alessandro Farnese.

The tour also includes the Royal Apartment, a space that is intended to revive the atmosphere of the historic building. Of particular value is the porcelain sitting room of Maria Amalia. Created between 1757 and 1759 for the Potrici Palace, it is among the best works produced by the Capodimento Porcelain Factory. It boasts 3000 pieces. Along the route, one comes across the Porcelain Gallery, where a rich collection of porcelain and faience is on display.

Capodimonte Museum: the pieces on the second floor

The Naples Gallery of the painting from the 13th to the 18th Centuries is housed on this floor, which allows the visitor to observe the development of Neapolitan art. There is also the Gallery of the Tapestries of Avalos, which features seven large intact tapestries that highlight episodes from the Battle of Pavia of 1525.

Capodimonte Museum: the pieces on the third floor

On the Third Floor, one may visit the Gallery of the 19th Century that is rich in neo-classical works and the photographic collection, which introduces the central contemporary art section. This section features works by Mimmo Paladino, Andy Warhol (the Vesuvius was painted by him and pays homage of one of the symbols of the city) and Mario Merz (Shockwave).

Capodimonte Museum: getting there 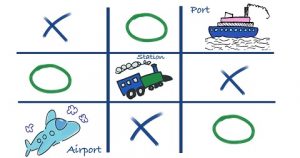 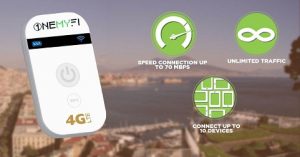 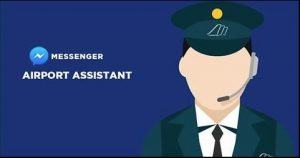